Change management is a buzzword we’ve heard a lot during the technological revolution. We all probably have our own idea about what it means – and the feelings it elicits.

Personally, I think change management is a misnomer. A more accurate term for the change process is change leadership. It’s a one-word difference, but the direction and feeling totally change.

Management implies dealing with obstacles as they arise, whereas leadership connotes anticipating those obstacles. We’re going to spend a little bit of time on one of the most common obstacles involved with change, the feeling that accompanies change for so many: fear.

Change brings the unknown, and most people are afraid of the unknown. This is 100% OK. It’s completely normal. One way of looking at it is to think about the fear of the dark. People aren’t generally scared of the dark; they’re scared of what might be in the dark that they can’t see. That’s what change leadership is – shining light on the opportunities that your team might not currently see, while acknowledging their current fears of the unknown.

Even among accountants, who are some of the most data-driven individuals in any profession, tapping into the emotional side of successful change leadership can often be much more effective than using data points.

The path to successful change begins with a change champion who will lead the team through the process. The primary difference between change leadership and change management is anticipating what will come next versus focusing on the current challenge at hand. While this concept is easy to write down, it is difficult to practice because there are constant challenges to face and questions to answer during a period of significant change.

So how does a change leader anticipate what’s coming next? You ask your team. Inevitably, there will be some who are resistant to change, and some who see the vision and are on board with what needs to happen to realize the better tomorrow. While a change manager usually starts with the latter group, a change leader will instead seek out the biggest detractors and solicit their feedback early and often throughout the process.

As a change leader, why on earth would you start the change with the group most likely to subvert your efforts? As counter intuitive as it sounds, your success at implementing the change will be highly influenced by this group. By including the detractors early on, you’ll find the roadblocks and fears that might cause the most issues early on.

Most of the time, individuals fight change because they are afraid of what is on the other side. The outcome might be unknown, whereas the status quo is known. It’s human nature to choose the evil they know rather than the evil they don’t know. Our biology has built up coping and resistance mechanisms over hundreds, if not thousands of years. Encourage team members to identify what they fear losing in the new environment that they enjoy in the current environment. Addressing these concerns is essential to assuaging their fear of the change.

When engaging with your biggest detractors, they will have plenty to say. Your job is to listen. Don’t make promises you can’t keep – just listen. Ask follow-up questions (lots of them) to dive deeper into issues. Your goal is to find out what people might miss in the new normal you are creating.

What do you do with all the rich information you receive from those reticent to change? You bring it to your allies. These are the people who were on board with the future vision right away. They can help you find ways to address potential fears and loss. Find a way to say, “Yes, those things will be lost. Here’s what they will be replaced with. Here is why we think the new normal will be better than what we’re currently doing.”

Your allies will and should come from all parts of the organization; this will give you a holistic view of the impact of the change. For example, how does a tactical operational change impact the administrative team, and vice versa? Cross-team discussions are vital for successful change. Conflict amongst teams is inevitable. By creating an open environment where people can discuss their fears, worries, and what they might lose, you will create working relationships that identify both the issues and potential solutions.

Throughout the change process, one of your main messages needs to be that the organization is striving for excellence and forward momentum, not perfection. If we wait for perfection we will never get there, and the pace of change is too fast to wait. Change is an iterative process. The best laid plan will still have failures. Fail often, fail forward, tweak, and try again. A successful change invites failure as part of the process.

I recently spoke with CTCPA Communications Director Kirsten Piechota, about how she and Communications Coordinator Caitlin Bailey O’Neill led the change to a completely new and upgraded CTCPA website with new web developers.

“When we launched the new website, Caitlin and I tried to make the team comfortable with the fact that there might be multiple problems identified right after launch,” Kirsten said. “New technology is always going to have bugs – that’s part of life and innovation right now – but if you wait until it’s perfect it will be too late.” she continued.

“Members found some issues we and our web developers never anticipated, but they have been wonderful about helping us identify problems and testing them again after we’ve addressed them to help us know if we’ve solved their issues,” Kirsten explained. “I’ve been able to change my mindset from ‘we need to launch a perfect product’ to ‘identifying and addresses concerns as they pop up is part of the process.’”

If we look closely at Kirsten and Caitlin’s experience leading the website change, we can see where they executed on many of the strategies included above. They worked to identify and resolve issues throughout the process, from both the internal team and external users. They set expectations about the future vision and that perfection was not the goal. Continuous communication brought feedback both negative and positive, which, in the end, led to a quicker launch with a more robust product that is continually open for evolution and improvement.

Move forward together as a team.

To help your team move through change, it’s important to communicate early and often, listen to each team members’ thoughts and ideas, and discuss potential positive future outcomes that will replace the status quo.

Acknowledge that the change will have an impact, and that some of it might feel negative to certain people. Acknowledge that some groups might lose something. However, remember that the loss will be replaced with the promise of a better future.

Making sure your team feels heard and appreciated is imperative. Ensure that everyone knows they have a direct line of communication with you to tell you everything that is wrong with the plan and all the issues that might arise. In the process, your team will give you the information you need to successfully move forward into the future. 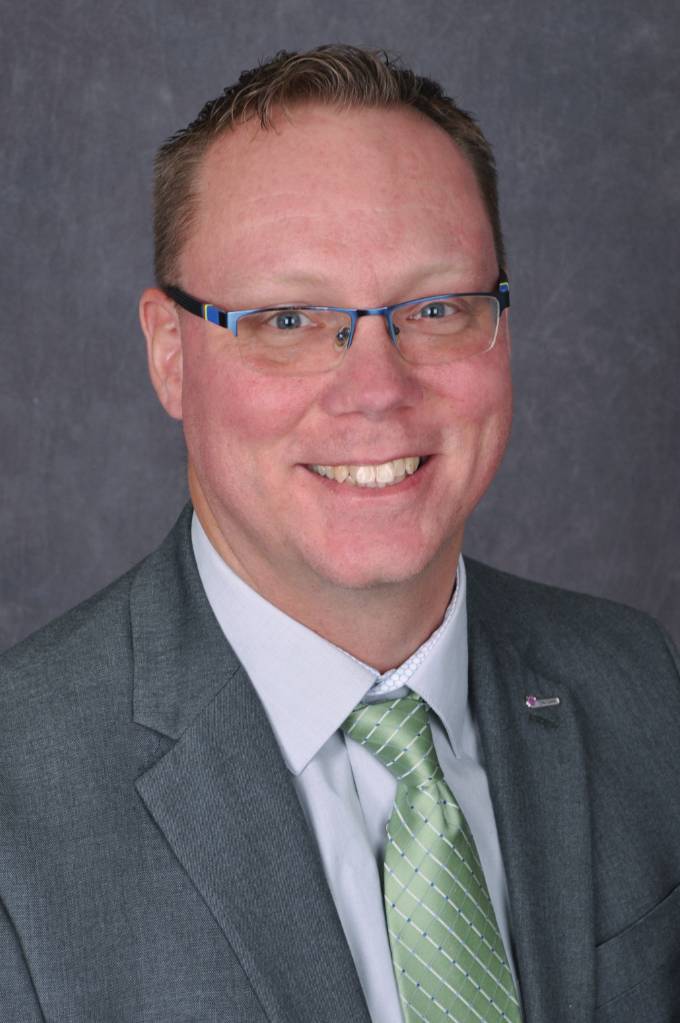 Mike Maksymiw Jr., CPA, CGMA is CTCPA President-elect. He is a change agent for the accounting profession whose next role will impact the progress on key issues facing the profession, including women/family initiatives, DE&I, work-life harmony, and value rather than time.

His leadership skillset includes building a cohesive team with varying talents, then deploying each individual at their highest and best use most often. He can be reached at linkedin.com/in/mikemaksymiwjr or mikemax32@comcast.net.